Imagine if Gloria had known the heartbreak and struggle she would face after leaving Barbados. A 22 year old girl, in love with an American horse jockey and drawn to the American dream, Gloria came to the United States in 1987—only to end up battered and alone, without food or a safe place to sleep, more than 1,400 nautical miles from family.

“But God was working on my behalf,” Gloria says now, 28 years later, looking back. “I know what poverty can do. It’s why my mission is to help others, to care for others, the homeless in particular, and to help restore the neediest among us back to their feet.”

Raised on the small Caribbean island of Barbados, in Bridgetown, one of six children born to hardworking parents who labored in the sugarcane fields, Gloria Lewis never realized she was poor growing up. “No one did,” she says. “The community we lived in was like an extended family. We shared everything, groceries, food, even water drawn in buckets from the public pipe.” She and her neighbors shared what they needed and took care of each other. She learned a sense of community, the necessity of hard work, and to persevere through troubles with gratitude.

When Gloria’s world turned upside down after moving to America, she grew mindful of home and mustered up the strength she knew as a child. After all, she had learned how to cook, clean, wash, and take care of a family of eight by the time she was 13. She had proved herself resourceful from an early age, crafting bed sheets out of flour sacks, tending to her siblings, even the older ones, and rushing home from school to create the family’s supper on a kerosene stove before sunset made cooking impossible. If she could improvise back then, in a wooden chattel house with little except the basking care of neighbors, she would do it again. She would choose resilience, courage, and action over despair.

“God had a plan for all my hardships,” Gloria smiles, reflecting back on just how far she’s come. After many years of putting one foot in front of the other, taking any job to get by, all while rooting herself in the hope that comes through prayer, Gloria Lewis now works as a waitress, she is married again, a mother of two vibrant sons.

But who would have thought that Gloria’s modest beginnings would serve as great provision and allow her to impact the lives of others? Gloria’s years of struggle have resulted in a heart that beats for others. Making a home in Fort Lauderdale, Florida, she serves the poor and homeless every week, every Sunday, or more—with tremendous help from her husband, son, and local volunteers. Gloria and her family sacrifice greatly to provide nourishment, clothing, care, and attention to so many who would otherwise be overlooked. On a waitress’s salary, using every last bit of her resources, Gloria purchases huge amounts of chicken, fish, vegetables, fresh produce, rice, bread, and bottled water—enough to nourish 175 to 200 people, while relying on her son to write encouraging Scripture or “God loves you” on each meal’s Styrofoam lid.

People are blessed by Gloria’s food to be sure—but they’re drawn like magnets to her story, her family’s kindness, and her example of love. Like Mother Teresa, who was convinced that a human’s greatest affliction is the lack of affection, Gloria has devoted her life to filling in gaps of need and lessening the struggle of others. She listens, she cares to learn the individual needs of those she meets, and draws the homeless in a circle of prayer to uplift each and every one with fellowship and the inclusivity of family. The homeless see in Gloria a straight-talking beacon of hope—strong-willed proof in a tiny frame that anyone can be restored and choose life transformation if offered help and shown God’s grace.

“It’s always possible to begin again,” Gloria urges. “Our brothers and sisters living on the streets need to know this,” she implores, noting that nearly 180,000 meals have been served throughout the past nine years. But help is needed to support and sustain this worthy cause.

“We are in this together. Let me break this cycle with you,” Gloria says with the kind of heart felt care that shows itself in action.

Gloria Lewis is the driving force and heart behind CARE IN ACTION USA and the organization’s first Executive Director. Drawing from her own life struggles and resulting strength, Gloria has become a charismatic beacon of hope for the poor and needy in her community of Broward County, Florida. Her on-going efforts to care for the homeless, to make a palpable difference in the lives of those in need with the steadfast help of her husband and son, have earned Gloria not only the prestigious 2015 Caring Institute Award for humanitarian service but also the attention of documentary filmmaker, Rotimi Rainwater, who credits Gloria for “doing more for the homeless than most major organizations.” 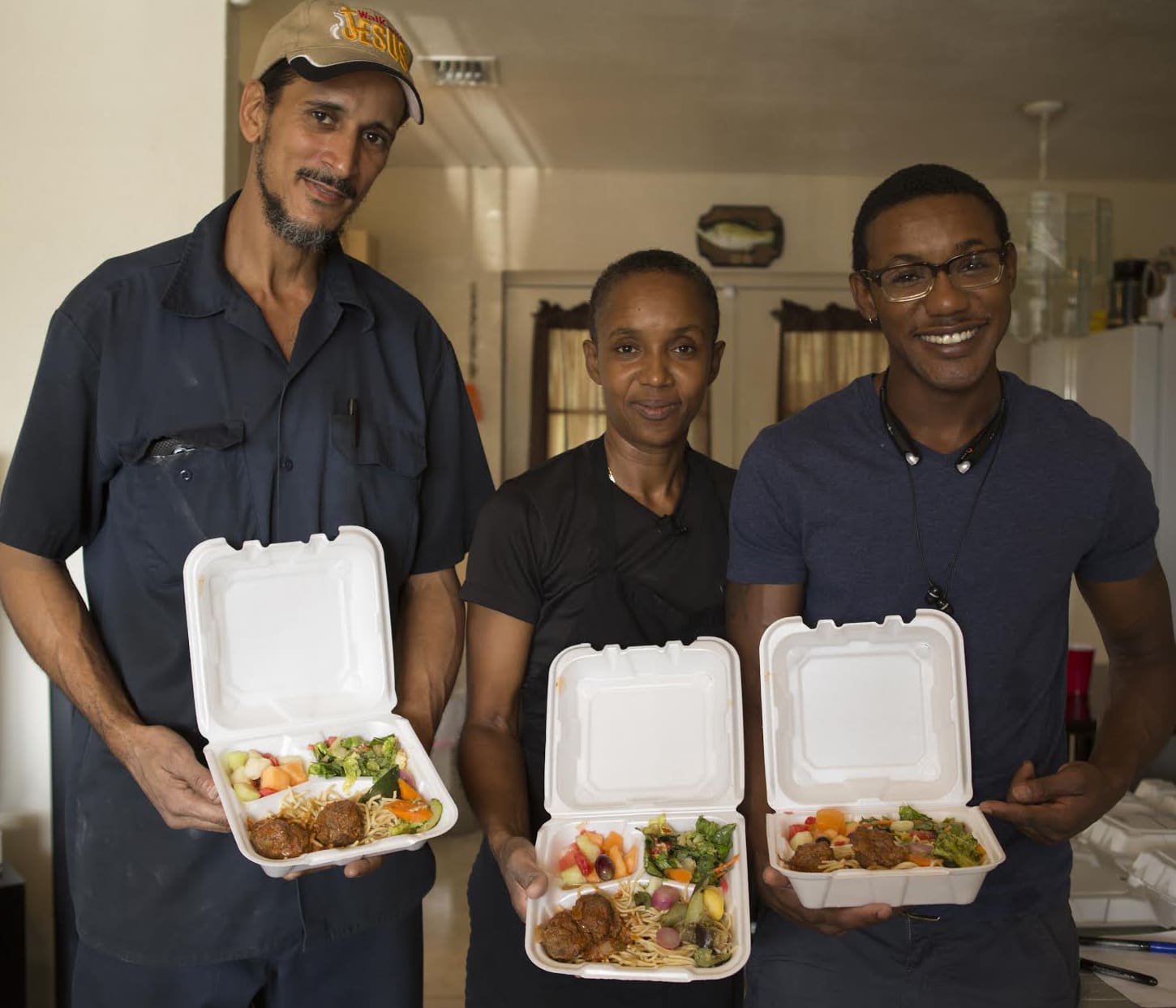 SUPPORT CARE IN ACTION USA
Even a small donation goes a long way. When on the PayPal donation page, please consider checking the box to make your support a recurring monthly donation.
Share This