A Filmmaker Finds Gloria In Action

“Two days ago we met Gloria Lewis,” wrote Rotimi Rainwater in May 2015 after filming Gloria for his feature-length documentary, Lost in America. “A small firecracker of a woman in her 50’s from Barbados, now working as a waitress in Fort Lauderdale, [she] is doing more for the homeless than most major organizations.”

As if Director/Producer Rainwater’s words weren’t encouraging enough—to everyone helping to raise up the foundation CARE IN ACTION USA around Gloria’s efforts! But, no, the especially keen-eyed and generous filmmaker went on to capture his full experience observing Gloria’s work with the homeless community of Fort Lauderdale in an article he titled, “The Making of a Saint,” published on the film’s official website.

Rainwater powerfully describes the phenomenon of Gloria’s everyday acts of caring for those in need. Once-homeless himself, the filmmaker compares Gloria to a modern day saint and suggests that many could take cues from the way she and her tight-knit family selflessly bring care with dignity to people who are far too often “lost in America,” the thesis of his film. 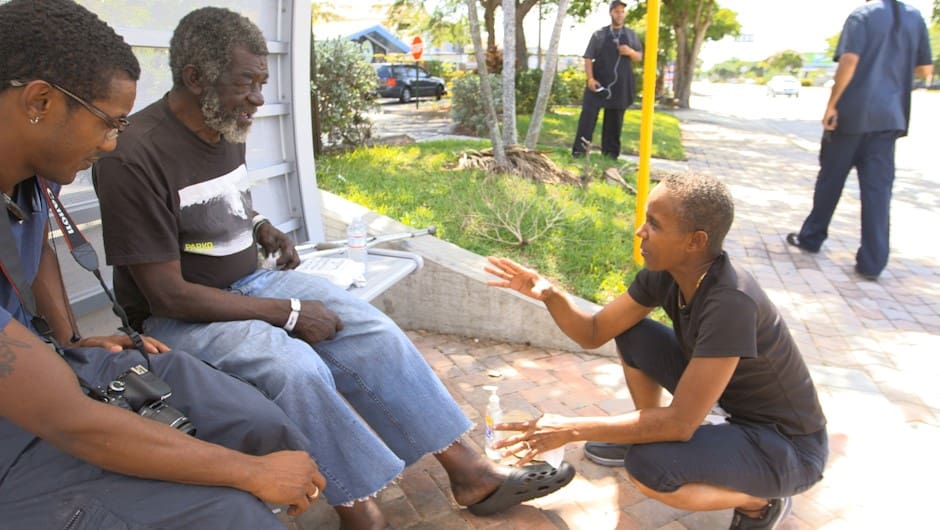 Gloria cares for a man with swollen feet in this outtake from the upcoming film, Lost in America.

The Huffington Post, in an early review, calls Lost in America “compelling” and “unique in the large-scale coverage it provides to this nationwide epidemic” of homelessness in America, in specific homeless youth. According to the Department of Housing and Urban Development, roughly 25% of homeless individuals are children. Lost in America aims to “give clear voice to those who are all too often voiceless,” according to Rainwater, and brings public attention to the crisis of homelessness by offering portraits of individuals who are defined by hope and courage instead of circumstance.

Rainwater’s call to support CARE IN ACTION USA, following his time with Gloria, whom he met while exploring stories of homeless youth in Florida, is empowering to read. We at CARE IN ACTION USA are humbled by his heartfelt remarks and excited that Gloria will be featured in the final cut of Lost in America. But we think Director Rainwater is equally deserving of the title “Saint” for his timely, visionary effort to shine light on kids whose struggles must not ever be ignored.

For more information on the documentary film, please visit the Lost in America website. 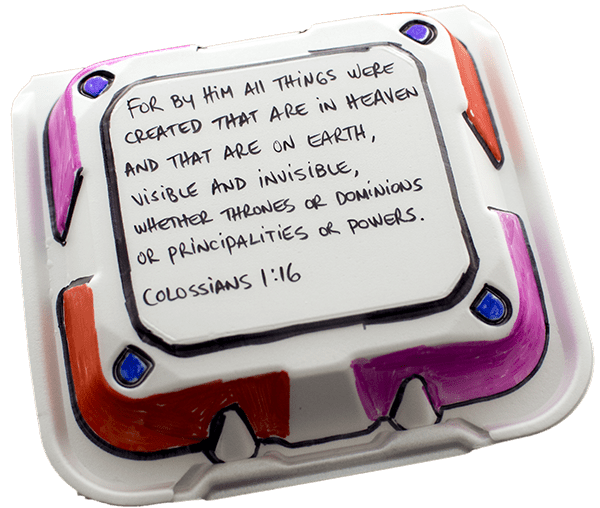